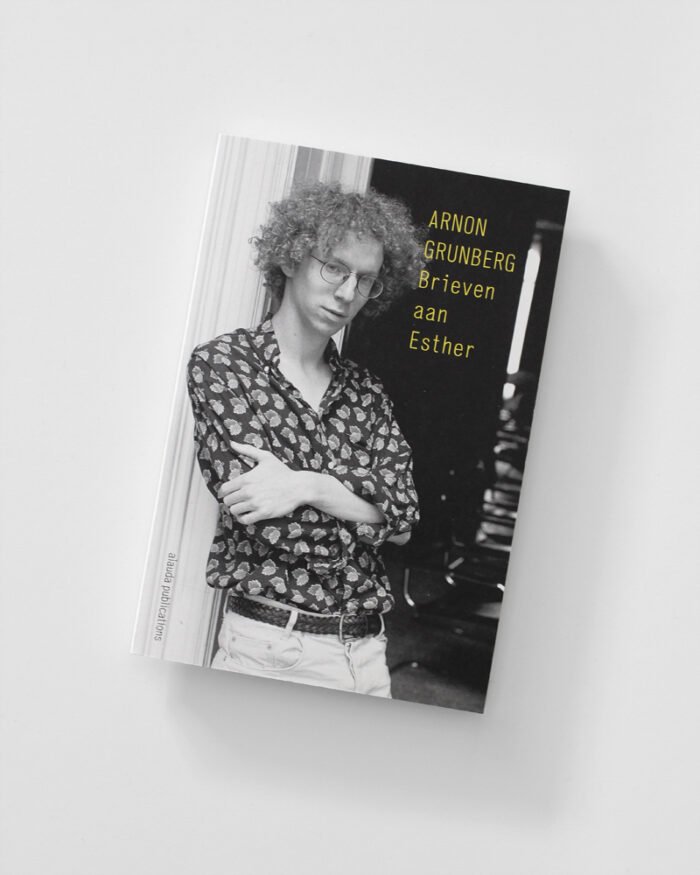 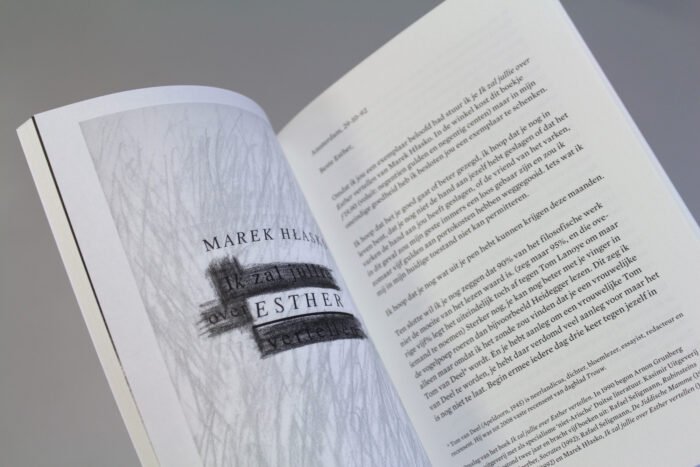 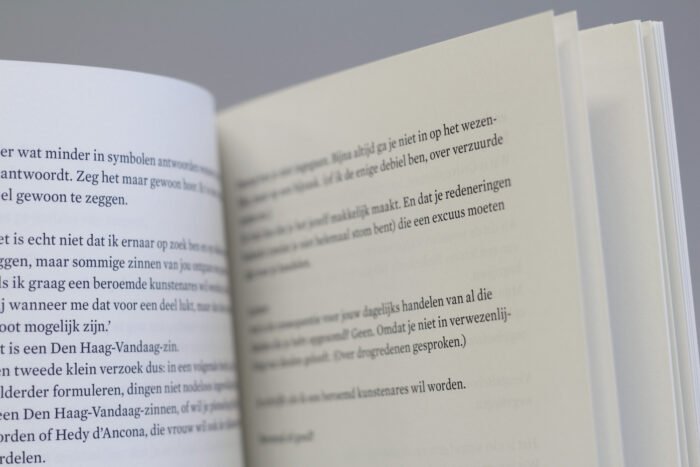 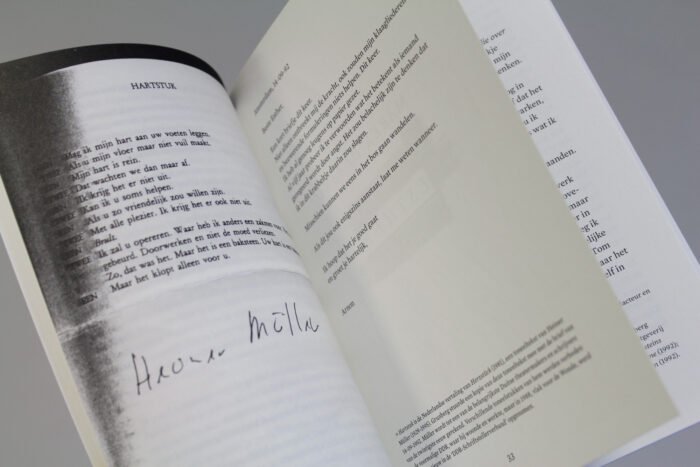 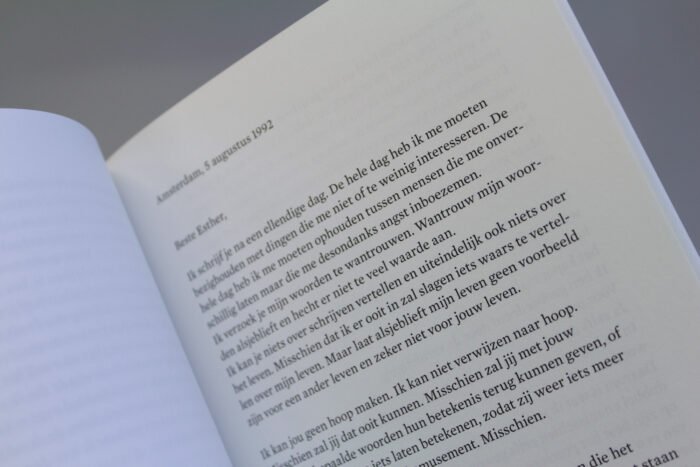 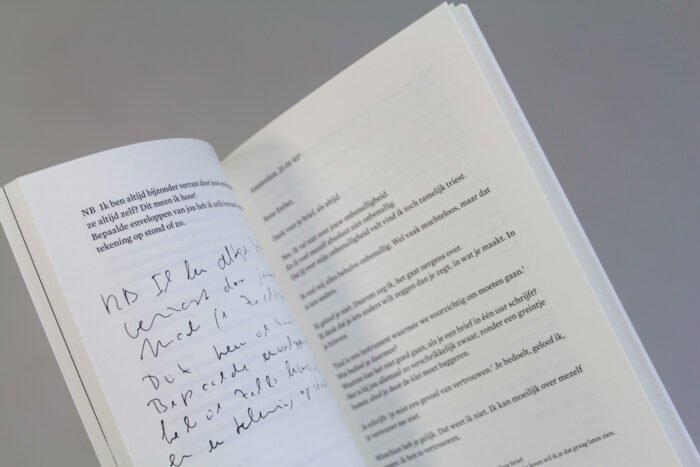 In the period leading up to the publication of his first novel Blue Mondays (1994), Arnon Grunberg maintained a written correspondence with a 'student' named Esther. Letters to Esther is the result of a unique collaboration between Arnon Grunberg and Alauda Publications. The entanglement of personal biography and professional development of both author and publisher, is a rare find in the book world.

Inserted in the book:
Re-edition of the poem: ‘De dood zal mijn moeder zijn’ (1992) by Arnon Grunberg. This feuille volante was published by Kasimir Uitgeverij in an edition of 50 copies.

Arnon Grunberg is well known as a writer of novels, plays, poems and a regular contributor to newspapers and magazines in the Netherlands. He also happens to be a furious writer of letters. In the period leading up to the publication of his first novel Blue Mondays (1994), he maintained a written correspondence with a ‘student’ named Esther. The book Letters to Esther is a compilation of these letters. They reveal a glimpse of the young Grunberg in the process of inventing himself as a writer, with both the caustic intensity as well as the humour that characterises all his later work. The correspondence is primarily about the significance of writing in particular, and art in general. This makes the collection of letters into a universal narrative about the quest for the essence of being a writer or artist, besides being an authentic personal document of a writer in the making.

“I am aware of how double-edged writing is, how much it is about using people or yourself. I still consider creating things as the highest goal. But more than in the celebration of a moment or in the articulation of a certain sort of resignation, I believe writing is for the most important part hidden in the fury I experience, in the drive.”
(30 July, 1992)

Grunberg, just expelled from high school, started his own publishing house and began writing his debut novel. In Grunberg’s letters, Esther is portrayed as an artist who affirms her unconditional faith in art. For Grunberg it is not beauty that drives humanity, but pain and destruction. The young Grunberg admires Esther’s search for the pristine, yet simultaneously tries to unmask this pursuit as a lie. He expresses his appreciation by becoming increasingly ruthless and harsh in his criticism, which invariably leads to an apotheosis and an end to their correspondence.

The book is designed and published by the recipient of the letters, Esther Krop, Amsterdam-based graphic designer and publisher. Letters to Esther is the result of a unique collaboration between Arnon Grunberg and Alauda Publications. This entanglement of personal biography and professional development of both author and publisher, is a rare find in the book world.